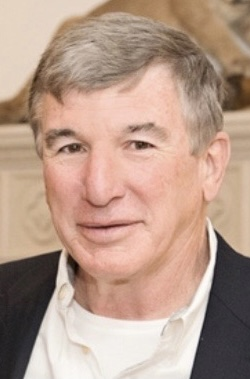 Please share a memory of Gary to include in a keepsake book for family and friends.
View Tribute Book
Gary Paul Deuel, 73, of Binghamton passed away on December 26th, 2022 at his home while surrounded by his loving family. A native of Owego (Flemingville) NY, he was born on April 3rd 1949. He was predeceased by his parents, Paul and Thelma Stella Deuel; in laws, Roger and Helen Hofstead Robinson; sister, Donna Deuel; brother in-laws, Bucky Snell, John Youngdahl; sister in-laws, Randee Robinson and Debbie Robinson Avery. He is survived by his wife, Shelley Robinson Deuel; daughter, Kimberly (Lexie) Deuel Boone; sons, Jonathan (Heather) Deuel and Nicholas Deuel; sisters, Darlene Deuel Youngdahl and Diane Deuel.; Brother in-laws, Scott (Anne) Robinson, Kent (Nancy) Robinson, Brett Robinson; Sister in-laws, Susan Robinson Archibald and Kim Robinson Snell; Grandchildren, Chelsea, Adam, Cora, Paul, Battley; Many, many cousins, nieces, and nephews. Gary was a standout athlete in football, basketball, and track & field from 1963-1967 at Owego Free Academy. He was inducted into the Owego Athletics Hall of Fame, New York State Section IV Sports Hall of Fame and the Greater Binghamton Sports Hall of Fame. Gary was a three-time (1968-1970) football Letterman running back at Penn State on the 1968 and 1969 unbeaten squads who won 2 Orange Bowl Championships. After graduation, he continued playing football for the Triple Cities Jets. He graduated from Penn State University in 1971 with a B.S. in Business and from the State University of New York at Cortland in 1973 with a M.S. in Physical Education and NYS Administrative Degree. Gary first started coaching football at SUNY Cortland. He then taught physical education and coached football and track & field at Greene and Chenango Valley Central Schools. He supported and was very proud of his daughter and son's athletic pursuits and enjoyed coaching his sons in Pee Wee football. He loved restoring and selling antique furniture, renovating homes, following the stock market, watching sports, fixing up his 1956 Chevy Bel Air, and he could eat Italian food every night. He cherished his memories growing up in Flemingville and like his friend Bill Truman recently told him "Gary, we ran all over this farm, those were good years". After 38 years of teaching and coaching, Gary spent his retirement making memories with his family and friends at Hatch Lake, NY and at his home on Jekyll Island, GA. He always looked forward to reconnecting with his Penn State teammates and with his best friends from Owego. Gary and Shelley recently celebrated 45 years of marriage. He was a loving and devoted grandfather to his beautiful grandchildren. The family is planning a Celebration of Life for Gary in 2023 (to be announced) for family and friends. If you'd like to make a donation, please make a donation to the charity of your choice in Gary's name.

Share Your Memory of
Gary
Upload Your Memory View All Memories
Be the first to upload a memory!
Share A Memory
Plant a Tree