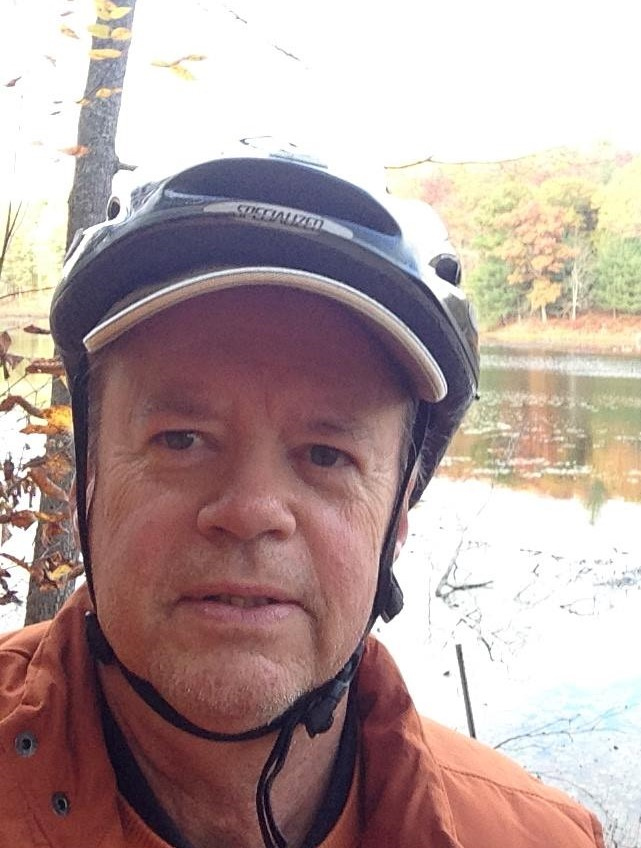 Please share a memory of John to include in a keepsake book for family and friends.
View Tribute Book
On Saturday, December 17, 2022, John Templeton Ruth passed away at age 75 from complications resulting from the flu. John was born on September 1, 1947, in Binghamton, to Harold and Margaret (Peg) Thomas Ruth. He graduated from Chenango Forks Central School, then received a B.A. in Philosophy from Syracuse University. For several years, he traveled the country, settling for periods of time in Ruidoso, NM, and Dallas, TX. He returned to Binghamton in 1976, and began a career as an independent contractor of many talents, remodeling, repairing, and maintaining homes for over 45 years. John's love of music was obvious during his life, leading the high school Pep Band, marching in the SU marching band, playing in the BU Pep Band as "elder artist," Binghamton Community Orchestra, Maine Community Band, and several other ensembles throughout the years. He was a long-time, avid member of the Southern Tier Bicycle Club – he created their logo and even had it tattooed on his leg. He also enjoyed – and was good at - golf, billiards, and cross-country skiing. John will be remembered for his subtle wit, his gentle and compassionate spirit, and his willingness to help. John was preceded in death by his father and mother. He is survived by his brother, Tom, his sister, Eleanor, niece Erika, nephew Scott, 5 grand-nephews, 1 grand-niece, and several cousins. Because John had interest in so many good causes, in lieu of flowers, please contribute to a charity of your choice. Funeral Services will be held at the J.A. McCormack Sons Funeral Home, 141 Main Street, Binghamton, Tuesday, December 27, 2022 at 12 noon. Burial will be in Vestal Hills Memorial Park. The family will receive friends at the McCormack Funeral Home, Monday, December 26, 2022 from 4 to 6 p.m. and again on Tuesday from 10 a.m. until 12 noon.
Monday
26
December