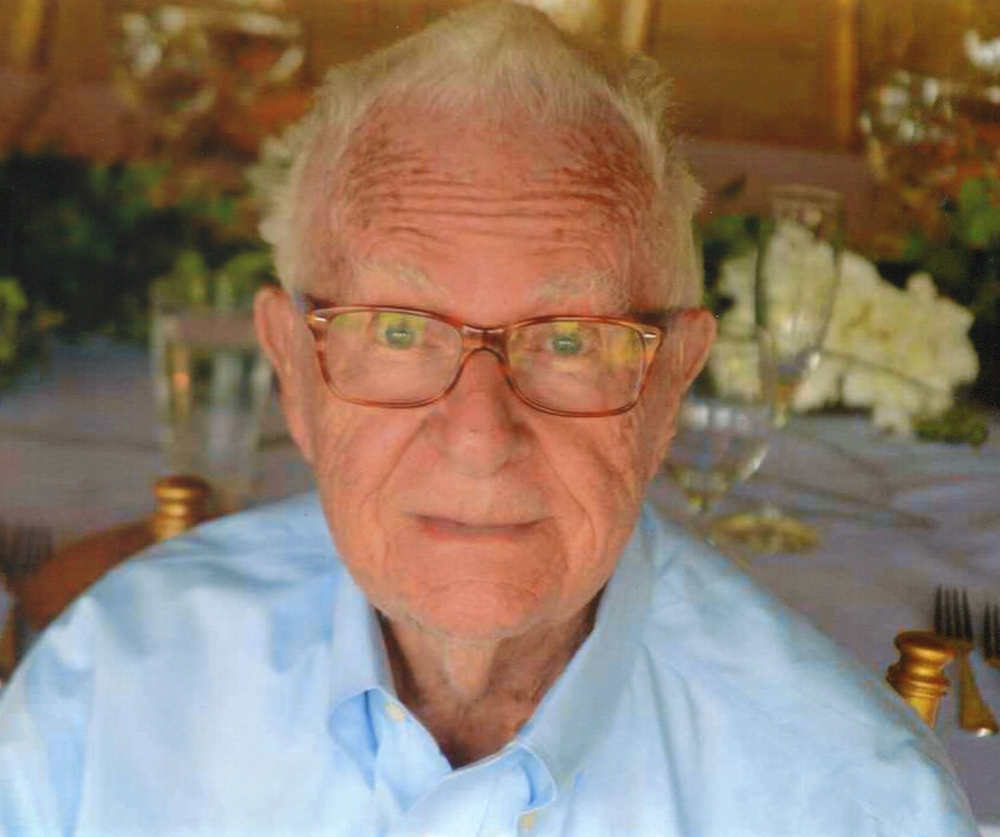 Please share a memory of Donald to include in a keepsake book for family and friends.
View Tribute Book
Donald Glen Walls, 94 of Binghamton, New York passed away at home on January 21, 2023. Don is survived by his daughters Maria (John) Petrone of Tequesta, Florida and Michelle (Darren) Lavelle of Warren, New Jersey as well as his four grandchildren, Jenna Harden, Frank Harden, Harrison Lavelle and Kate Lavelle. Don is preceded in death by his wife, Shirley. Don was born in Binghamton, New York to Glen and Mary Walls on July 12, 1928. He graduated from St. Paul's High School in 1946. He went on to earn a BA Degree from Manhattan College in 1950 and a JD from Albany Law School in 1954. He worked as a private practice attorney in Binghamton for 67 years. He was the attorney for the town of Chenango for 57 years. He enjoyed tennis, golf, summers at his Thousand Islands home and spending time with his daughters and grandchildren. A Funeral Mass will be offered at St. Francis of Assisi Church, Chenango Street, Hillcrest, Wednesday at 10 a.m. Burial will be in Calvary Cemetery, Johnson City. The family will receive friends at the J.A. McCormack Sons Funeral Home, 141 Main Street, Binghamton, Tuesday from 4 to 6 p.m. In lieu of flowers, expressions of sympathy in Don's memory may be made to Lourdes Hospital Foundation (Hospice) 169 Riverside Drive Suite 103, Binghamton, NY 13905.
Tuesday
24
January

Share Your Memory of
Donald
Upload Your Memory View All Memories
Be the first to upload a memory!
Share A Memory
Send Flowers
Plant a Tree