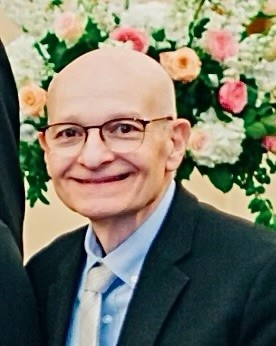 Please share a memory of Sebastian to include in a keepsake book for family and friends.
View Tribute Book
Sebastian "Buster" Fiacco, Jr., 67 of Binghamton passed away unexpectedly on Thursday, January 5, 2023 at Our Lady of Lourdes Hospital in Binghamton. He was born at Lourdes on September 20, 1955 to Sebastian "Buster" Fiacco, Sr. and Mary (Vallone) Fiacco. Buster is survived by his loving wife of 17 years, Danita (Eartly) Fiacco and their children Cara, Matthew and Sarah. Buster was a graduate of Binghamton North High School, Broome Community College and SUNY Empire. He began his work career at 17 yrs of age at Ken Wilson Chevrolet for 17 years then NYSEG for 11 years, Milton Caterpillar for 14 years and at his passing, he was employed as General Manager at Gary's U-Pull-It. Buster was a very dedicated Catholic and member of St. Thomas Aquinas Parish where he served as Parish Pastoral Council Co-Chair, lector and member of the Holy Name Society. He was also a 4th Degree member of the Knights of Columbus #206 and served on the Board for P.A.L. Camp. Buster was an amazing husband, father, son, brother, uncle, grandson, nephew, cousin and friend who seemed to have an unconditional love for everyone he knew. He was always kind, considerate, caring and Christ-Like to everyone he encountered. He had unlimited patience, compassion and forgiveness, and he always placed everyone before himself. When complimenting him on his strengths and accomplishments, being the humble person he was, he always attributed these qualities to the Grace of God. Buster was the "go to" guy for anything and everything. Some of his strongest character values in life were to be a good neighbor, maintain a strong work ethic and to do his best at everything he pursued. Buster enjoyed hosting and attending family gatherings, fishing, hunting and golf. Visits to the Jameson Farm in South Carolina and to the Green Shingle Lodge with his son and long-time fishing buddies in Canada were exceptionally close to his heart. His greatest passion in life was his family, their activities and simply, their presence. He had an extraordinary positive attitude toward life and used his hardships, including the loss of his first wife, Susan, Mother to Cara and Matthew at their young ages, to strengthen his Faith. Buster will be dearly missed by many. Buster was predeceased by his Father, Grandparents, Paul and Anna Fiacco and Rosario and Maria Theresa Vallone, Aunts and Uncles, Jake and Mary Vallone, Tony Vallone, Frances and Joe Milasi, Frank and Marie Vallone and Josephine and Jim Rotella, Sr., Brother-in-law, Henry "Hank" Dellos, Aunts and Uncles: Vince Fiacco, Frances Liparulo, Jean and Joe Dadamio, Kathryn Basti. Cousins, Theresa (Vallone) and John Reiser, Richard Donovan, Bill Bryan, Alan Pattengill. First wife, Susan (Eggleston) Fiacco, her parents Willie and Katie (Foley) Eggleston and her brother, Peter Eggleston, Nephew, Patrick Shoemaker. Danita's Parents, Darryl J. Sr. and Margaret (Szot) Eartly, Danita's brothers Darryl J. Eartly, Jr. and Darren Eartly, sister, Desiree and her daughters (nieces) Angela and Maggie. In addition to his immediate family and his mother, Buster is survived by his brother, Paul V. Fiacco and his children, Paul, Joseph, John (Nikki) and Anna Fiacco, sister, Maria Dellos and her children, Adam and Olivia Dellos and sister, Anne (Charlie) Jameson and their children, Jennifer (Will) Bailey, Ellie (Josh) Baker, Aunts, Dorothy Fiacco, Katherine Vallone, Uncles, David P. Eartly, Peter Basti, Brothers and sisters-in-law, David D. Eartly, Rita Michalovic, Michael and Margo Eggleston, Mary Ellen and David Goetz, Bernard Eggleston, Bridget and Jim Shoemaker, Dan and Cathy Eggleston, Vince Reo and daughter (niece) Gabriele Reo, Nephew, Sam Eartly, Cousins, Ross Vallone, Nancy and Roger Brooks, Angie Donovan, Donna Bryan, Jim Rotella, Elizabeth Pattengill, Anthony and Mary Lou Vallone, Catherine Centamore, Bob Vallone, Jim and Margo Vallone, Gesele and Stephen Koehler. Godsons, Adam Dellos, Christian Eggleston, Paul S. Fiacco, Matthew Jones, Louis McDonald and Dominic Rotella. Many nieces, nephews and cousins. Buster always felt blessed by his extended family to include Vallone, Basti, Dadamio, Fiacco, Liparulo, Burtis, Fisher, Foley, Walters, Mahoney and Murphy families. Buster was very grateful for his close friends: Steve and Ann Marie Barkwell, Steve and Jaime Barkwell, Joe and Joyce DeAngelo, Bruce and Kathy Gross, Jerry and Mary Jones, Louie Mastronardi and Donna Clark and all the friends of the Green Shingle Lodge Group. He also treasured his friendship and memories with Herb Kline for the many occasions that he invited the Fiacco Children to his fishing dock; All of his neighbors, friends and Parish Family. He loved them all. A very special acknowledgement of deep appreciation to the Clergy and Religious of St. Thomas Aquinas and St. Patrick's, especially Rev. Msgr. John P. Putano, Pastor. If desired, contributions may be made in Buster's memory to his childrens' personal education fund in person or at any NBT Bank Branch or mailed to: NBT Bank, 331 Main St., P.O. Box 736, Johnson City, NY 13790. Checks payable to: Fiacco Education Fund. A Funeral Mass will be offered at St. Thomas Aquinas Church, Highland Avenue, Binghamton, Friday January 13, 2023 at 11:30 a.m. Burial will be in Calvary Cemetery, Johnson City. The family will receive friends at the J.A. McCormack Sons Funeral Home, 141 Main Street, Binghamton, Thursday January 12, 2023 from 4 to 7 p.m. The Mass will be livestreamed at tinyurl.com/12w5eun or by going to https://sta-sp.org/
Thursday
12
January

Share Your Memory of
Sebastian
Upload Your Memory View All Memories
Be the first to upload a memory!
Share A Memory
Send Flowers
Plant a Tree