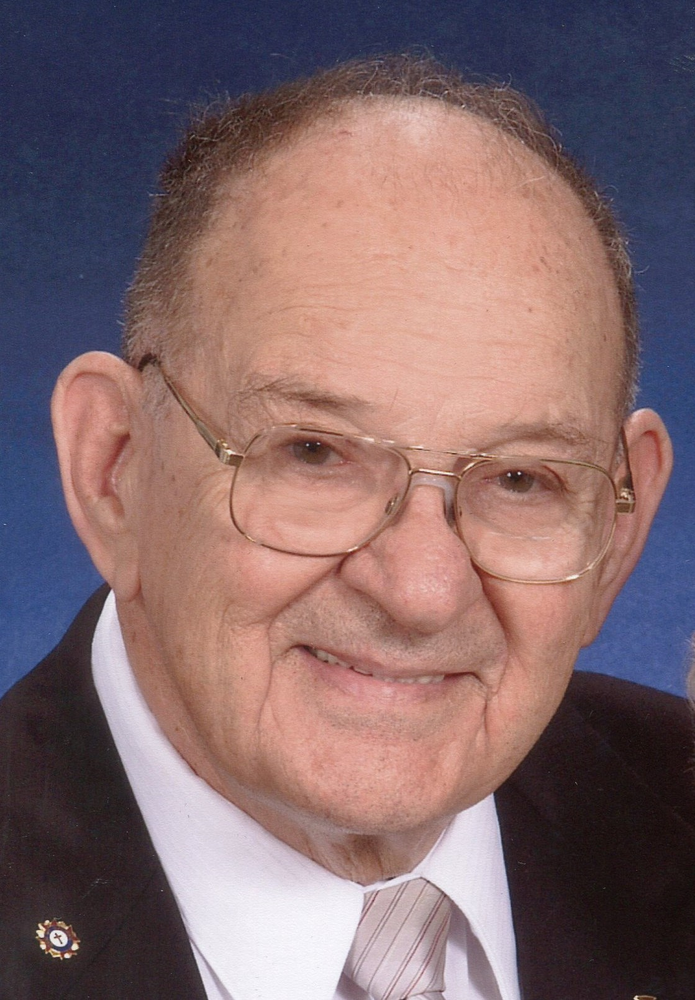 Please share a memory of John to include in a keepsake book for family and friends.
View Tribute Book
John T. "Jack" Hart, 95, of Endwell, NY died peacefully on November 25, 2022, with family by his side. John was predeceased by his loving wife of 68 years, Clare Marie (Gawrych) Hart, to whom he was devoted. John is survived by his 4 children and their spouses: Thomas (Theresa) Hart, Mary Clare (David) Marasco, Daniel (Tania) Hart, and Michele Hart (Thomas Lemmo). He is survived also by his 10 grandchildren: Kevin Hart, Nathan Hart; Carissa (Bo) Knapp, Ryan (Katherine) Marasco, Colleen Marasco; Daniel J. (Krissy) Hart, Amie Marie (Sean) Bell; Kaitlin Lemmo, Brian (Tiffany) Lemmo, Patrick Lemmo (fiancée MaryAlice Spin). He was blessed with 10 great-grandchildren: Calvin, Zander, Henry and Maxton Knapp; Anthony and Oliver Hart; Jonathan and Benjamin Marasco; Nora Bell; and Malorie Wethington. He is also survived by numerous nieces and nephews, whom he loved dearly. Family togetherness was John's life priority, and he was cherished in his role as devoted patriarch and loving father. Born in Old Forge PA, and raised in Scranton, John had 4 brothers and 2 sisters, all of whom pre-deceased him. He attended St. Ann's schools and was active as a youth in his faith and church community. He was proud of his Irish heritage and enjoyed sharing that culture with his family and friends. St Patrick's Day didn't happen without the traditional music, ham, cabbage, green cake and beer! John enlisted in the military and served in the Army during WW II, teaching radar defense, and guiding B-52 pilots safely home via radio as they navigated through the dark. He later went on to earn his degree in electrical engineering. He enjoyed a successful career as a Systems Analyst and Project Manager for IBM in Owego, NY for 30 years. He was responsible for procuring government contracts for the Federal Systems Division focusing on radar technology with projects including the Space Shuttle Columbia, Nighthawk helicopter, Tomcat F-14, and the Apollo/Saturn space program. Following his retirement John started his "Hart of Quality" Technical Management Services business, working in both the US and Canada. John was a founding member of Our Lady of Angels Parish (Church of the Holy Family), where he was active for many years as an usher, lector, choir member, and a member of the Holy Name Society. In his leisure time John enjoyed golf, bowling, softball, bocce ball and shooting pool. Shout out to "Friday Night Dice Baseball"! He and his wife enjoyed traveling and visiting family. He was an avid Yankees fan. He was a sports official with the Binghamton Umpires Association, and a volunteer for the Broome County Senior Games. He was a member of the Knights of Columbus Council 1839 as well as the American Legion Post 1700. There are no words to express the love and respect we have for you, Dad. You were the best. Thank-you for everything!! A Funeral Mass will be offered at Church of the Holy Family, 3600 Phyllis Street, Endwell, Monday, December 5, 2022 at 10 a.m. Burial will be in Calvary Cemetery, Johnson City. The family will receive friends at the J.A. McCormack Sons Funeral Home, 141 Main Street, Binghamton, Sunday December 4, 2022 from 1 to 3 p.m. Memorial contributions can be made in John's name to NYS Veterans Home at Oxford, Recreational Therapy Department, 4207 State Highway 220 Oxford, NY 13830.
Sunday
4
December