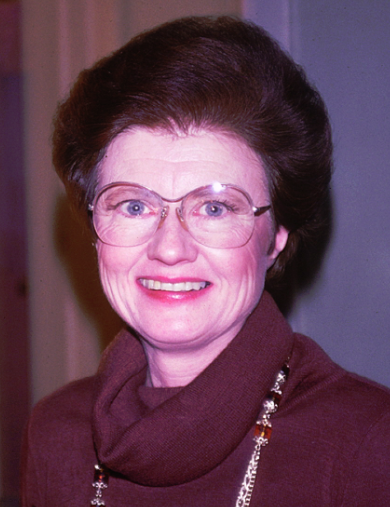 Obituary of Eleanor A. Lorden

Please share a memory of Eleanor to include in a keepsake book for family and friends.
View Tribute Book
Eleanor (Ellie) Ann Lorden passed away peacefully from natural causes on November 12, 2022. Ellie was born on June 20, 1935 in Binghamton to William and Anna Carr. Ellie was predeceased by her parents and her husband of 61 years, Connie. Ellie is survived by her two boys Daniel (Andrea) and David (Jessica), her four grandchildren, Sarah (Alex) Jo, Patrick (Ana), Robert, and Connor, her great-grandson Teddy Jo, her siblings Arlene Kenyon and William Carr, her sister-in-law Sandra Lorden, and many nephews and nieces. After graduating from St. Patrick's Academy in 1954, Ellie attended St. Joseph's School of Nursing in Elmira where she met (and with the wink of his eye) she fell in love with her soulmate, Cornelius (Connie) Lorden. Ellie married Connie in 1958, and they lived in Scranton until Connie's graduation from the University of Scranton when they moved to Binghamton. While raising her boys, Ellie completed degrees in Registered Nursing from Broome Community College, a Bachelor's in Nursing from Binghamton University, and a Master's in Nursing from Syracuse University. Ellie worked at Lourdes Hospital as a Certified Diabetes Educator. Ellie's passion to help others inspired her to work tirelessly to establish and gain national certification for the first-ever Lourdes Diabetes Center where she helped thousands of adult and juvenile patients throughout the Southern Tier. In addition to working at Lourdes Hospital, Ellie taught at Broome Community College and Binghamton University. Ellie's work-ethic, determination, energy, compassion, and patient advocacy inspired many. Ellie was very spiritual and devoted to her Catholic faith. Ellie was a member of St. Patrick's parish in Binghamton her entire life, and believed it was her duty to perform acts of social justice and tirelessly work on behalf of others. For years, Ellie visited individuals in local nursing homes who had no other regular visitors and delivered meals on wheels throughout Broome County. Her belief in the power of prayer led Ellie to participate in perpetual adoration of the Eucharist at St. Patrick's for decades. As Ellie's health diminished her ability to perform 'works of corporal mercy', her efforts shifted to increased time in prayer for those in need and as an active member of a prayer chain in the Southern Tier. Ellie's family is strengthened knowing she has been reunited with her husband, Connie, and her parents, and that the Virgin Mary was the first to welcome her into the Kingdom of God. The family would like to thank the administration and staff at The New Jewish Home, Sarah Neuman in Westchester for the compassionate care Ellie received before the end of her life. A Funeral Mass will be offered at St. Patrick's Church, corner of Oak and Leroy Streets, Binghamton, Monday at 9 a.m. Burial will be in Calvary Cemetery, Johnson City. The family will receive friends at the J.A. McCormack Sons Funeral Home, 141 Main Street, Binghamton, Sunday from 1 to 3 p.m. The Mass will be livestreamed at tinyurl.com/12w5eun or by going to https://sta-sp.org/ In lieu of flowers, the family requests donations in Ellie's name to the American Diabetes Association at www.diabetes.org.
Sunday
20
November

Share Your Memory of
Eleanor
Upload Your Memory View All Memories
Be the first to upload a memory!
Share A Memory
Send Flowers
Plant a Tree