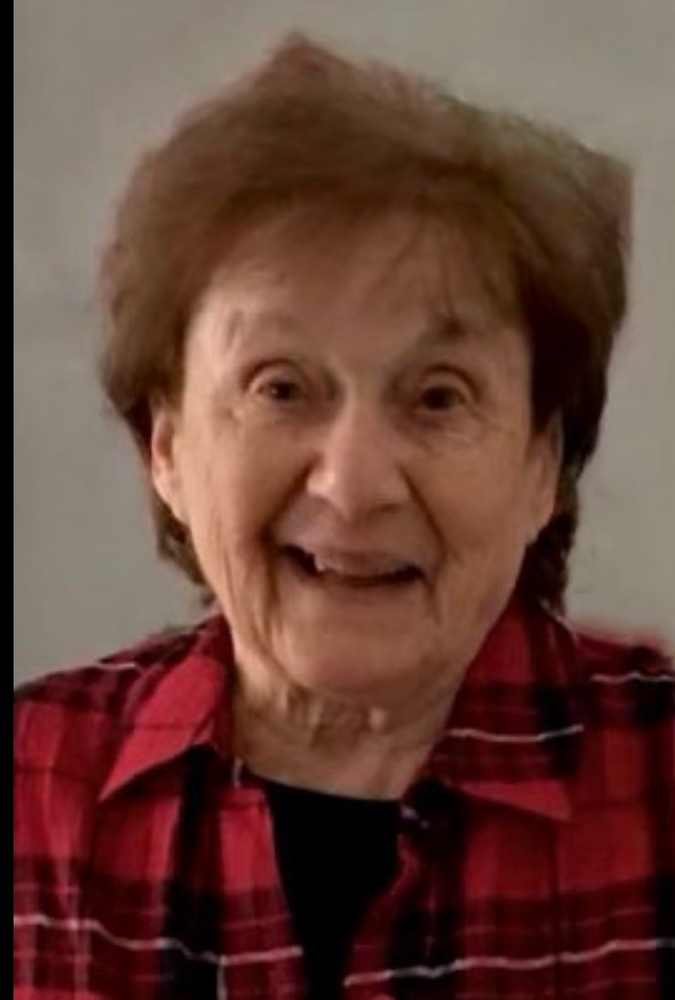 Please share a memory of Claudette to include in a keepsake book for family and friends.
View Tribute Book
Claudette Jane Simonis, 89, of Chenango Bridge passed away on November 5, 2022. She was born February 4, 1933, in Cortland New York to Joseph and Virginia Famalaro. She was preceded in death by her husband Alan, her sons Edgar and Mark, sister Marlene Strauf, brother-in-law John Strauf, sister-in-law Audrey Chamser and brother-in-law Rene Chamser. She is survived by her children, Alan Jr., (Mary Beth), Kirk (Patricia), Joseph (Lee Ann), Lisa (Jeff Henderson), daughter-in-law Theresa Deane (Gary), sister Luane Riley (Joe), grandchildren Kelly Beal, Matthew Simonis, Alan Simonis III, Nicole Cannizzaro, Marley Simonis, John Mark Simonis, Sarah Simonis, and several great grandchildren, nieces, and nephews. Claudette graduated from Cortland High School and SUNY Cobleskill. She married Al in 1955 and moved to Binghamton, where she was a devoted wife and mother to her five children. She was blessed to have many special relationships, including her longtime best friend, Alice Cavanagh. She was employed by River Meade Nursing Home, and the Binghamton Psychiatric Center. During her time at the Psychiatric Center, she was a leading advocate for patient rights and was employee of the year in 1978. In retirement, she volunteered her time with the Womens' Auxiliary of the Binghamton Psychiatric Center, American Cancer Society, American Heart Association, Mothers Against Drunk Driving (MADD), Crime Victims Assistance, Meals on Wheels, Office of the Aging, The Danielle House, and Bereaved Parents. She was an instrumental member of the committee to bring The Angel of Hope Memorial Statue to the Port Dickinson Community Park as a place for bereaved parents to grieve and heal. It was through her volunteer work that colleagues and friends nominated her for the honor to be a torch bearer for the 1996 Olympics. She was awarded the honor and carried the torch as it traveled through Syracuse on its way to Atlanta, where she attended the summer games. In 2009, she received the Distinguished Community Service Award from the Chenango Valley School Alumni. For nearly 60 years, she was a parishioner of St. Catherine's/St. Francis Church in Hillcrest. A Funeral Mass will be offered at St. Francis of Assisi Church, Chenango Street, Hillcrest, Thursday at 11 a.m. Burial will be in Calvary Cemetery, Johnson City. The family will receive friends at St. Francis of Assisi Church, Thursday from 9 a.m. until 11 a.m. The family would like to thank all extended family and friends for their support and the amazing staff at Elizabeth Church Manor for the care they provided over the past three years. In lieu of flowers, donations can be made to the Mark Simonis Memorial Scholarship. Checks should be written to Chenango Valley CSD and on the memo line of the check, please write Mark Simonis Scholarship and mail it to Chenango Valley CSD, Guidance Department, 221 Chenango Bridge Road, Binghamton, New York 13901.
Thursday
10
November

Share Your Memory of
Claudette
Upload Your Memory View All Memories
Be the first to upload a memory!
Share A Memory
Send Flowers
Plant a Tree