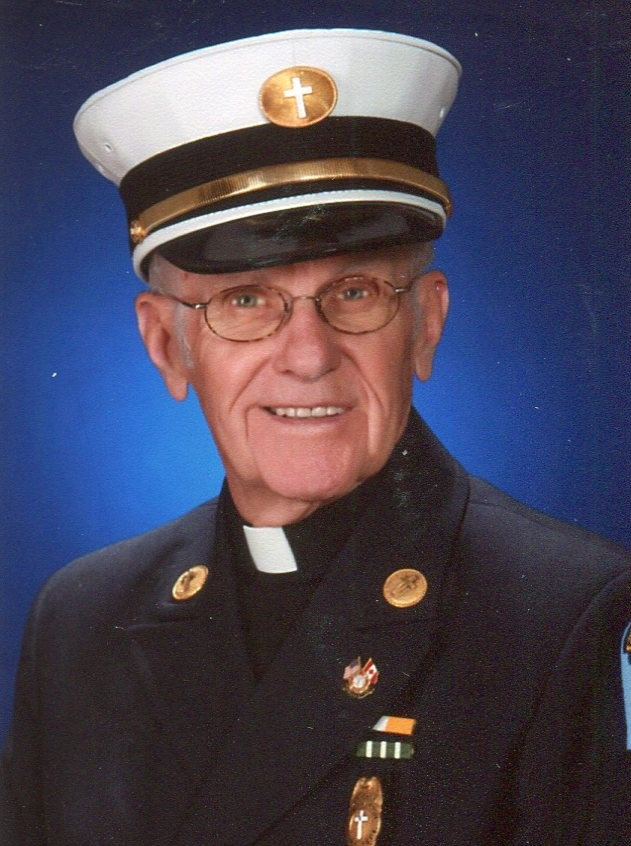 Please share a memory of Rev. Gerald to include in a keepsake book for family and friends.
View Tribute Book
Reverend Gerald J. Buckley, 93, passed away Wednesday October 12, 2022. He was predeceased by his parents, John and Florence; brothers, John and Frank; sisters, Geraldine Hoban and Loretta Seaburg. He is survived by his beloved sister, Theresa Whelan, and numerous nieces, nephews, cousins and friends. Father Buckley was educated at St. Paul's, Binghamton, St. Bonaventure, Olean, and Christ the King Seminary, Rochester with post-grad studies at St Joseph's Seminary Yonkers, Marinella, Dublin, Ireland and St Patrick's Menlo Park, CA. He was ordained to the priesthood on May 18, 1957, for the Diocese of Syracuse and was appointed to his home parish at St. Paul's Church Binghamton before serving as an at associate St Joseph's Oneida, St. Rose of Lima Syracuse and St. John the Evangelist Binghamton. He was appointed to his first pastorship at Corpus Christi So. Onondaga and their mission St. Patrick's Otisco and went on to pastor at St Joseph's Deposit before returning home to St. Andrew's Binghamton, retiring in 1999. He continued regular covering assignments at parishes around the area including Windsor, Deposit, Bainbridge, Afton and St. Cyril's until his death. He previously held positions in the Priest Senate and Priest Personnel Board; proudly served as the Chaplain of the Binghamton Fire Department and NYS Fire Chaplain; Chaplain at GBHC; Board of Directors GBHC; Board of Directors Catholic Charities. He was an avid sports fan, cheering on the Yankees, Bonnies, Giants, and Notre Dame; enjoyed playing golf, Saratoga races, traveling to Ireland, relaxing at the lake, visiting with the firemen and dinners with the guys. Father Buckley's body will be welcomed into Saint Paul's Church, Chenango Street, Binghamton on Tuesday at 4 p.m., where he will lie in State until 7 p.m. when a Vigil Service for a Deceased Priest, celebrated by the Most Reverend Douglas J. Lucia, Bishop of Syracuse, will commemorate his life. All are invited to attend. A con-celebrated Funeral Mass will be offered at St. Paul's Church Wednesday at 11:00 a.m. by his fellow Priests and the Most Reverend Robert J. Cunningham D.D. Bishop Emeritus of Syracuse. Burial will be in Calvary Cemetery, Johnson City following the Liturgy. In lieu of flowers, memorial donations may be made to Mercy House of the Southern Tier, 212 N. McKinley Avenue, Endicott, NY 13760 or Retired Professional Firefighters Cancer Fund, 4 Loretta Drive, Binghamton, NY 13905. The Mass will be livestreamed on the J.A. McCormack Sons Funeral Home YouTube page. https://www.youtube.com/channel/UC196IA2u9jvBc3GfX-yKOYQ/videos
Tuesday
18
October

Share Your Memory of
Rev. Gerald
Upload Your Memory View All Memories
Be the first to upload a memory!
Share A Memory
Send Flowers
Plant a Tree