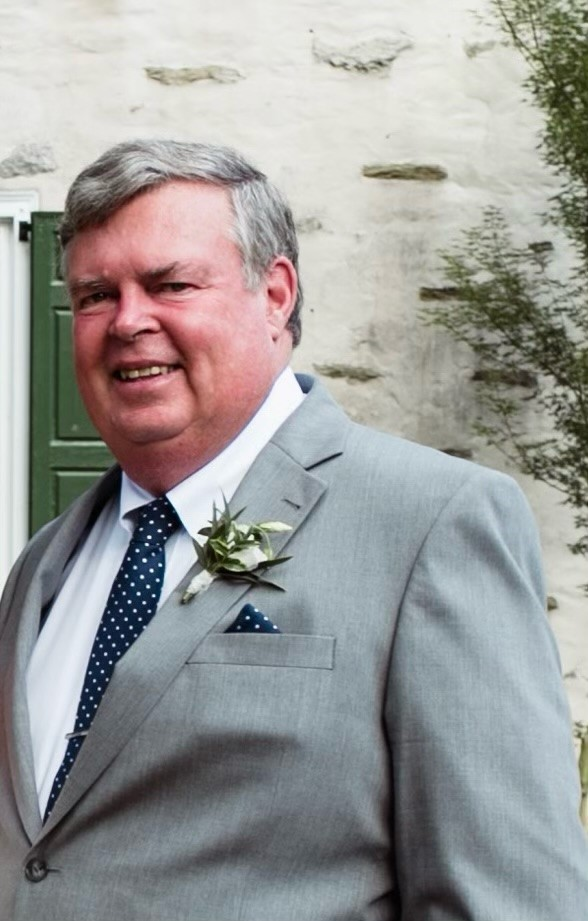 Please share a memory of Kevin to include in a keepsake book for family and friends.
View Tribute Book
Kevin Thomas Foley, 69, of Binghamton, NY died peacefully on Thursday, September 29, 2022 after a courageous battle with Progressive Supranuclear Palsy (PSP). He is survived by his daughter, Lannon Foley Herman (Robert), two beloved grandchildren, Kevin and Cora Herman, brother James Foley (Mary), nieces Kate Rood (James) and Maggie Foley, great nephews Patrick and Finnegan Rood, and Lannon's mother and loving friend, Marion Foley. He was predeceased by his parents, James and Gertrude Foley and sister, Mary Anne Harpell. Kevin graduated from Binghamton High School, earned his Bachelor's Degree from St. Bonaventure University, and was a lifetime parishioner of St. Patrick's Church. He was a financial advisor at O'Connor Investments and previously worked at the Press & Sun Bulletin. Kevin was an avid sports fan, often cheering for the rival team of his brother's favored pick. He knew and poorly sang the lyrics to every classic rock song and enjoyed frequent rounds of golf with good friends. Manomet Beach was his favorite place where he spent time vacationing with family. Above all, Kevin loved his family and will be remembered for his kindness, generosity; and of course, his stubbornness. The family wish to express their gratitude to all those who cared for him during his illness including the doctors and staff at the Perelman Center for Advanced Medicine, Rhonda Monahan and the caregivers at Monahan Eldersitters, the second floor nurses, aides, and staff at Good Shepherd Village at Endwell, and the numerous friends who showed so many acts of kindness over the years. A Funeral Mass will be offered at St. Patrick's Church, corner of Oak and Leroy Streets, Binghamton, Monday at 10 a.m. Burial will be in Calvary Cemetery, Johnson City. The family will receive friends at the J.A. McCormack Sons Funeral Home, 141 Main Street, Binghamton, Sunday from 1 to 3 p.m. In lieu of flowers, donations may be made to CurePSP (curepsp.org) in the hopes that one day a treatment may be found.
Sunday
2
October

Share Your Memory of
Kevin
Upload Your Memory View All Memories
Be the first to upload a memory!
Share A Memory
Send Flowers
Plant a Tree