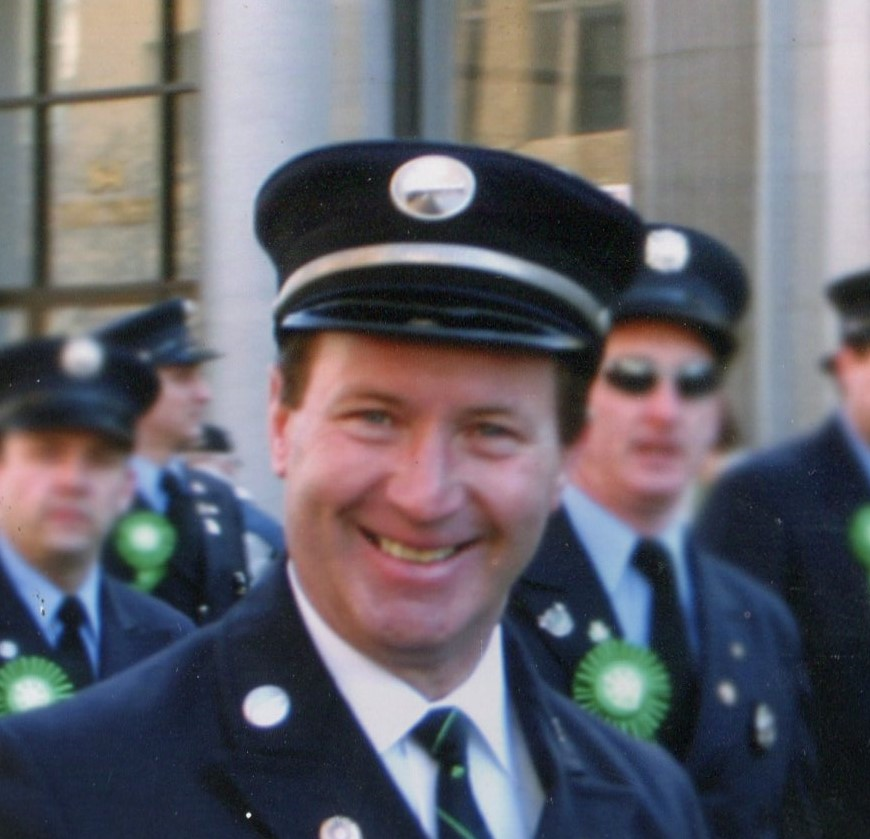 Obituary of Richard A. Callahan

Please share a memory of Richard to include in a keepsake book for family and friends.
View Tribute Book
Richard Callahan, 69, died unexpectedly on September 18, 2022 with his family by his side. He is survived by his loving wife of 41 years, Louise Testani Callahan, three daughters that he adored Colleen Squire (Doug), Caitlin Davidson (Josh) and Julie Callahan. His five grandchildren that were the loves of his life, Charlotte, Natalie and Nora Squire, Callahan and Nicholas Davidson. He is also survived by his sisters, Ellen Burnett (Mick), Soozie Testani (Joe) and his brother Bob Callahan (Joanne). Also by his brother-in-law and sisters–in- law, Nancy Testani, Rocco and Penny Testani and Donna Callahan. He also leaves behind numerous nieces, nephews and many wonderful friends. Rick was predeceased by his parents Joseph and Jane Callahan and by his brothers Jerry and Tom. Rick was a Binghamton Firefighter for 35 years. He was owner of Callahan's Sportsman's Club, where we had many great times with all of our dear friends. He was an avid golfer and was so happy on the golf course. He loved boat days on Skaneateles Lake and his winters in Florida and all his friends there. He was most happy when he was surrounded by his family. Ricky loved his life and lived it to the fullest. A Funeral Mass will be offered at St. Francis of Assisi Church, Chenango Street, Hillcrest on Friday at 12 noon. The family will receive friends at St. Francis of Assisi Church, Friday from 10 a.m. until 12 noon. The family requests that flowers please be omitted and that expressions of sympathy in Rick's memory be made to the Children's Hospital of Philadelphia: CHOP Foundation P.O. Box 781352 Philadelphia, PA 19178-1352. GO PACK GO!
Friday
23
September