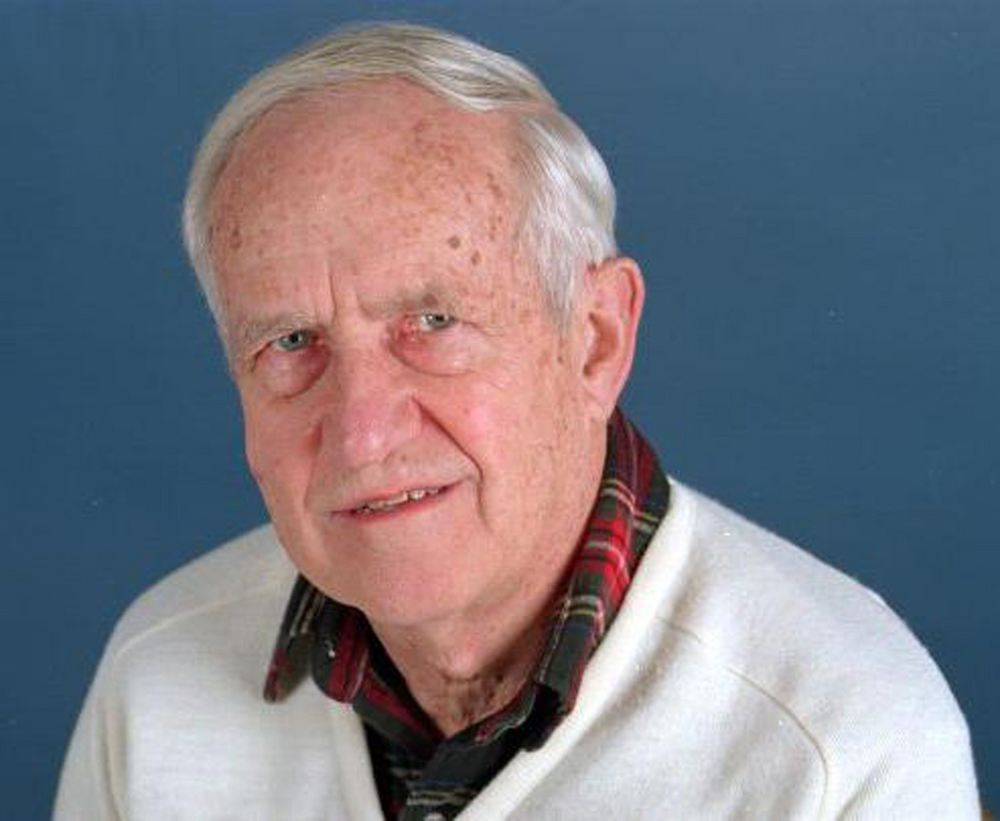 Please share a memory of John to include in a keepsake book for family and friends.
View Tribute Book
With deep love, John's daughters wish to share with you news of his passing in his own words: John Wilson Fox, 96, of Port Dickinson in Binghamton, NY, died peacefully at home on June 2, 2022 at 2:16pm. John was predeceased by his wife of 59 years, Theresa "Terry" Sullivan Fox. He is survived by four daughters, Elizabeth Nassar (Robert) of Norwich, Barb Fox Carosella (Joseph) of Vestal, Maureen Fox of Quadra Island, British Columbia, and Kimberley Fox (Scott Elliott) of Portland, ME. John leaves 8 grandchildren, Matthew Nassar and wife Joy, Kristin Lumnah and husband Geoff, Jamie Nassar, JoJo Carosella, John Carosella, Jaron Freeman-Fox, Kai Marder and wife Rosie, Kieran Elliott; and five great-grandchildren, Alice, Tess and Matilda Nassar, and Eleanor and Theodore Lumnah. Also surviving John is his brother, Leslie Fox and his wife, Mary, of Largo, FL, sisters-in-law, Jacklyn Faber of Crystal Lake, IL, Mary Jo Sullivan of West Windsor, Rose Kanda (Stacy) of Auburn, WA, Beverly Sullivan of Vestal and one brother-in-law, James Sullivan (Sheila) of Hilton, NY. John is best known as a sportswriter for the Press and Sun Bulletin. He started in 1949, fresh out of Syracuse University as a sportswriter for the Evening Press. After a short time, he was promoted to sports editor. He remained writing for the Press throughout 8 decades, and 11 US Presidents. His farewell column appeared on June 27th, 2010, exactly 61 years after his first day on the job. Mr. Fox was born on August 10, 1925, in Ellicottville, NY to Leslie Fox Sr. and Alice Wilson Meares Fox. His sports writing began as a high school student, writing for the weekly Ellicottville Post, covering town team baseball games. He was drafted into the Army during WWII, after which he wrote articles for Stars and Stripes. Attending Syracuse University as a dual major in Journalism and English, he wrote for the student newspaper, The Daily Orange. Directly out of college, he joined The Evening Press. He met, courted, and married Theresa Maureen Sullivan in 1955, who remained not only his wife, but his soulmate until her death in 2014. John often had Terry join him as he covered various sporting events. Over the years, John was fortunate enough to have attended and covered out-of-the-area events like golf's US Open, the British Open in Scotland, The Masters in Georgia, the US Tennis Open, baseball's spring training in Florida, but he was a staple at local sports. High school football and baseball games, girls' softball, tennis matches – John covered them all. He regularly covered the Binghamton Triplets, the Yankee's farm team, and, when the PGA came to town with the BC Open in 1971, then the DSG Open in 2007, John was there, pad and pencil in hand, following, interviewing, gathering stats. Baseball came back to town with the Binghamton Mets, and John gladly covered the games and, once he retired, it was commonplace to see John and Terry in the stands beneath the press box, enjoying Binghamton baseball. When not covering sports, John's favorite hobby was family genealogy. It was not unusual to see large sheets of paper spread out across the living room floor as he filled in family tree branches. He traced his family roots back as far as the 1500s, and has shared stories of discovered ancestors in books for his daughters to pass down through the years. John has always been proud of the fact that his great-grandfather, Chauncey J. Fox, was one of the first NYS senators, and that he (John) is a direct descendant of Reverend George Burroughs, the only clergyman to be executed during the infamous Salem Witch Trials of the 1690s. As much as he loved sports, John was a family man. After his daughters were born, he decided against his occasional golf game, because it took too much time away from home. He instead planned family trips, and shared his love of history and nature with his girls. Whether it was traipsing through museums in Washington DC and NYC, wildflower-picking, or annual summer vacations on Martha's Vineyard, keeping family close was John's top priority. John W. Fox will be sorely missed by so many people who knew and loved him. When out with his daughters, people have always spoken to them of their admiration and fondness for John. Known for his statistics-filled mind, his honesty, his interest in others, and his wonderful story-telling, he leaves a void behind that will never be filled. A Funeral Mass will be offered at St. Paul's Church, Chenango Street, Binghamton, Tuesday, June 14, 2022 at 10 a.m. Burial will be in Calvary Cemetery, Johnson City. The family will receive friends at the J.A. McCormack Sons Funeral Home, 141 Main Street, Binghamton, Monday, June 13, 2022 from 3 to 7 p.m. In lieu of flowers, donations can be made to the scholarship in his name for a senior high school student athlete of the year: GB Sports Hall of Fame/JW Fox Scholarship, PO Box 1, Binghamton, NY 13903. His daughters wish to express their deep gratitude for the kind support John received from his doctor, nurses and caregivers, allowing him to stay in his home of 64 years. Far too many to name, but they are in our hearts.
Monday
13
June