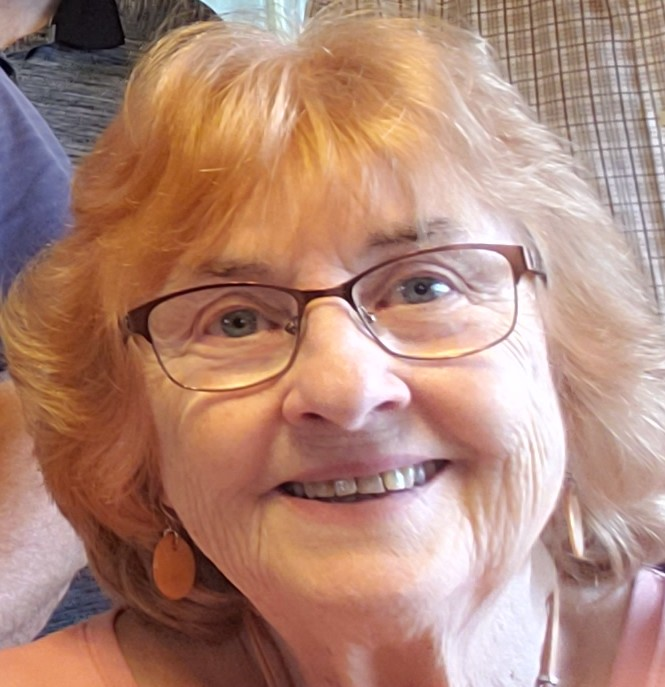 Please share a memory of Judith to include in a keepsake book for family and friends.
View Tribute Book
Judith R. Allen, 77, died peacefully on Monday, 5/30/22 surrounded by her loving family, after a brief illness. She is predeceased by her son, Robert O. Allen III, and her Mother and Step-Father, Mary and John Liska. She is survived by her daughter and son-in-law, Tamara and Mark Richard, her former husband, Robert O Allen, Jr. who she remained very close, her grandchildren; Whitney (Jake) Gallagher, Matthew (Cheyann) Allen, Mark (Amanda) Richard, Daniel Richard, Zachary (Autumn) Richard, Deminica Richard, Meghan Richard, and great-grandchildren; Jacob and James Gallagher. Also surviving are her sister, Carole Anne Buckland, sister-in-law Pat Winfield, and many nieces, nephews, cousins and close friends whom she considered family. She attended Seton Catholic School and was a '63 graduate of Johnson City High School. She was a '64 graduate of Christopher Columbus School of Practical Nursing, and went on to obtain 2 Associates Degrees from Broome Community College while working full-time, graduating in 1990. She worked at Endicott Johnson, Gagne, Wilson Hospital, Dr. Goldenberg's, and retired from Broome Developmental after 30 years. Since retiring, she had worked part-time at Catholic Charities. She volunteered at Chenango Bridge Fire Station Auxiliary, Mercy House, Daughters of Charity, and was an active member of St. James Catholic Church in Johnson City, where she was a member of the Tabernacle Society, Funeral Committee, and helped to count the weekly offerings. She was a selfless gem, who most enjoyed helping others. If you called her, she would be there to help at a moment's notice, no questions asked. She enjoyed spending time at Sandy Pond with her family in past years. She was an avid cook, baker, seamstress and craft-maker. She was also very proud of her Irish Heritage and was thrilled to visit Ireland a few years ago. Her greatest joy was family and friends. She had a great sense of humor and loved to talk. She will be profoundly missed. The family would like to thank Dr. Greenhouse and all those at Lourdes Hospital who worked so hard to make her well, particularly the unbelievably dedicated and loving nurses who provided exceptional care. A Funeral Mass will be offered at St. James Church, Main Street, Johnson City, Monday at 10:30 a.m. Burial will be in Calvary Cemetery, Johnson City. The family will receive friends at the J.A. McCormack Sons Funeral Home, 141 Main Street, Binghamton, Monday from 8:30 a.m. until 10 a.m. In lieu of flowers, expressions of sympathy in Judy's memory may be made to Mercy House of the Southern Tier, 212 N. McKinley Avenue, Endicott, NY, 13760, Catholic Charities of Broome County, 232 Main Street, Binghamton, NY 13905 or to Daughters of Charity at www.daughtersofcharity.org.
Monday
6
June

Share Your Memory of
Judith
Upload Your Memory View All Memories
Be the first to upload a memory!
Share A Memory
Send Flowers
Plant a Tree