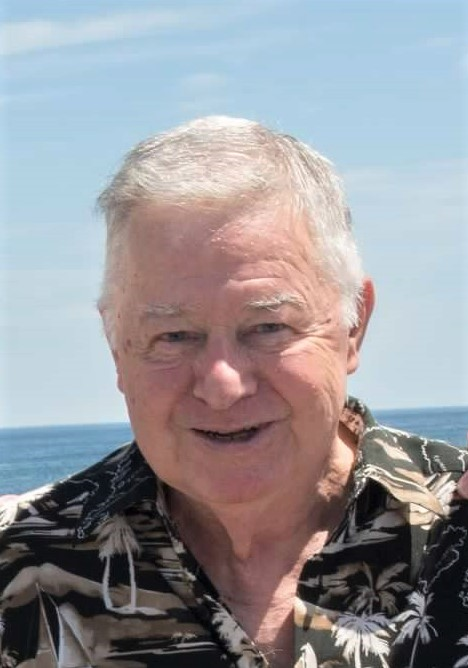 Please share a memory of James to include in a keepsake book for family and friends.
View Tribute Book
James Shea, 86, of Binghamton, New York, passed away peacefully at his home on February 22, 2022, surrounded by his family. James was predeceased by his loving wife Rosemary, and his parents Dorothy and James Shea, Jr. Jim is survived by the family he deeply loved; his children Shannon & Gerald Perrault, Maura & Frank Fetsko, Jim & Ruth Shea; grandchildren Jennifer Kushner, Katie & Derek Barrows, Madison Perrault, Erin Fetsko, Casey Fetsko, Bridget Fetsko, Brianne Shea, Jimmy Shea; great-grandchildren Hudson Kushner, Harper Barrows, Remi Barrows; sisters Patricia Shea and Nancy Crescente, brother George Shea, sister-in-law and brother-in-law Elizabeth and John Joyce; and many special nieces, nephews, cousins, and friends. Jim was born in Binghamton, New York on October 30, 1935. He graduated from Binghamton High School and attended Broome Community College where he met his future wife Rosemary Lynch. Jim proudly served in the United States Army. He retired from a successful career in sales with Proctor & Gamble. Jim was a devoted and life-long member of St. Thomas of Aquinas Church. Jim and Rosemary enjoyed travelling. He took immense pride in and enjoyed taking care of the home he lived in his whole life. He provided unconditional love and support to his family and was a good and loyal friend. Jim continued to enjoy a full life, and looked forward to Tuesday dinners with his family, Sunday afternoons with his sisters and brother, family gatherings, and running into old and new friends around town. Jim had his own unique sense of humor and was an example of strength and goodness for his children and grandchildren, teaching us all the importance of family. When asked what advice he would give his great-grandchildren, Jim once said, "Just do the right thing, help your fellow men, and be a little humble. Things will go good for you." A Funeral Mass will be offered at St. Thomas Aquinas Church, Highland Avenue, Binghamton, Tuesday, March 1, 2022 at 11 a.m. Burial will be in Calvary Cemetery, Johnson City. The family will receive friends at the J.A. McCormack Sons Funeral Home, 141 Main Street, Binghamton, Monday, February 28, 2022 from 5 to 7 p.m. Expressions of sympathy in Jim's memory may be made to CHOW, Broome County Council of Churches, 3 Otseningo Street, Binghamton, NY 13903. The family extends their gratitude to, Lourdes hospice, the medical staff at Broome Oncology & United Health Services, and especially to our many family members and friends for your prayers, love, and support. The Mass will be livestreamed at tinyurl.com/12w5eun or by going to https://sta-sp.org/.
Monday
28
February

Share Your Memory of
James
Upload Your Memory View All Memories
Be the first to upload a memory!
Share A Memory
Send Flowers
Plant a Tree