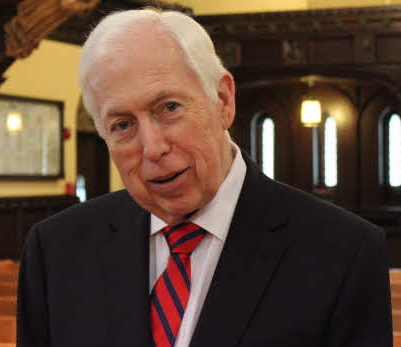 Please share a memory of Harold to include in a keepsake book for family and friends.
View Tribute Book
Harold F. Fuller Jr., age 79 of Endwell, New York passed away on December 27, 2021 in Boston, MA. He was born on October 10, 1942 in Philadelphia, PA, the son of the late Harold F. Fuller Sr. and Helen Fuller. He is survived by his beloved family, his wife of 57 years, Barbara (Hanyak) Fuller, son and daughter-in-law Christopher Fuller and Louisa Turner, daughter and daughter-in-law Andrea and Ashley Fuller, grandchildren Neva Fuller and Simeon Fuller, brother-in-law Robert and Carole Hanyak, sister-in-law Anne Hanyak, nephew Kevin Hanyak and his dear friends of more than 40 years Jeannine Wells and Frank Wells who passed away earlier this year, Sandy and Ralph Benedict, along with many other close friends. Harry graduated from St. Patrick's Academy, Binghamton, King's College and married his high school sweetheart and the love of his life Barbara Fuller. Harry loved to spend time with his family especially is grandchildren whom he adored and doted on, go out to dinner, travel, play golf and games. He was the Vice President of the Seven-Up Bottle Co. of Binghamton, General Manager of Binghamton Coca-Cola and President of Star Recycling. Harry was an active member of the Church of the Holy Family for over 40 years and a member of the Holy Name Society, served on the boards of the Binghamton Philharmonic, and TOMRA, President of the NY State Bottlers Association, and was a member of the Rotary Club and Tip Club. Harry will always be remembered for his kindness, dry sense of humor and ability to always win Trivial Pursuit. A Funeral Mass will be celebrated at Church of the Holy Family, 3600 Phyllis Street, Endwell, Wednesday at 11 a.m. Burial will be in Calvary Cemetery, Johnson City. The family will receive friends at the Church of the Holy Family, Wednesday from 10 a.m. until 11 a.m. To Live Stream www.holyfamilyendwell and click on "Watch Mass". Those wishing may donate in Harry's memory to Mercy House of the Southern Tier at 212 North McKinley Ave. Endicott, NY, and Punch Out Parkinson's at 709 Conklin Road Binghamton, NY 13903.
Wednesday
5
January

Share Your Memory of
Harold
Upload Your Memory View All Memories
Be the first to upload a memory!
Share A Memory
Send Flowers
Plant a Tree