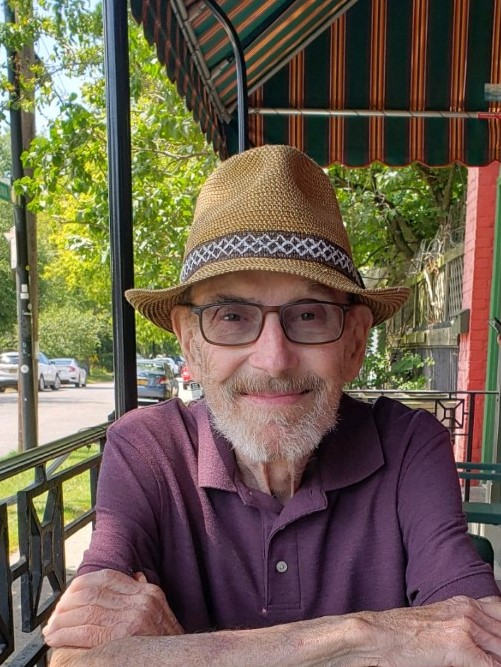 Please share a memory of Edward to include in a keepsake book for family and friends.
View Tribute Book
Edward (Ed) Canady, 78, died on Thursday, September 2 after an extended illness. He is predeceased by his parents, Mary and Edward Canady, and his wife, Candy, of Illinois. He is survived by his five children: Paul, Lisa, Sean, Krista, and Kevin, all of Illinois; several grandchildren, including Deidre Montgomery, and one great grandchild. In addition, he is survived by five siblings: Dick (Sandy), of NV, Ellen (Gene) of Ohio, Tom (Catrina) of IL, Jim (Debbie) of AZ, and Maureen (Carl) of IL. Ed was born in Chicago, IL, and attended Chicago area schools. After serving in the US Army, he began a long term career with the US Postal Service as a Letter Carrier. When he retired, he enjoyed playing golf, attending concerts, and doing the daily crossword puzzle. He was a lifelong sports fan, particularly baseball. He loved the Chicago White Sox. When he moved to the Binghamton area in 2017, he added the New York Yankees and the Rumble Ponies to his favorites. Ed developed a passion for train travel throughout the United States with his travel and life partner, Marcia Guardia. Later in life, he started a new journey, embraced new friends, and helped others by sharing his experience, strength, and hope. When he faced his medical challenges, he bravely chose to fight. A Funeral Mass will be offered on Tuesday, September 14 at St. Thomas Aquinas Church, Highland Avenue, Binghamton at 2pm. The family will receive friends at St. Thomas Aquinas Church, Tuesday from 1 to 2 p.m. Expressions of sympathy in Ed's memory can be made to Rosswell Park Alliance Foundation, P. O. Box 631, Buffalo, NY 14240 or to a charity of your choice. The Mass will be livestreamed at tinyurl.com/12w5eun.
Tuesday
14
September