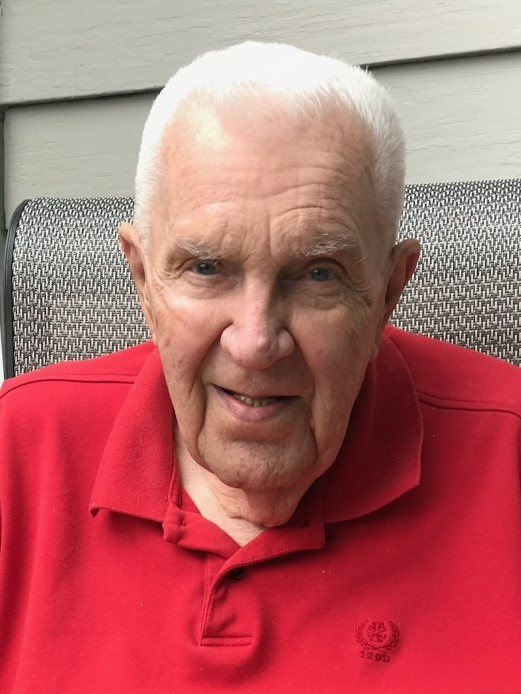 Please share a memory of John to include in a keepsake book for family and friends.
View Tribute Book
John R. Russell, 89, of Binghamton, New York passed away peacefully Saturday afternoon, September 11, 2021, at Good Shepherd Fairview Home. He was predeceased by his loving & caring wife of 50 years Patricia L. (Moriarty) Russell, his parents Raymond & Dorothy (Collins) Russell, his father & mother-in-law John W & Esther Moriarty, his sister-in-law Connie Russell, his brother-in-law and his wife John W & Shirley Moriarty Jr., and his long time friend since childhood Morey Goodspeed. He is survived by his children who were his pride & joy, Mark A. Russell & Rosemary McGoff, Binghamton; Laurie A. & John Kemnitzer, Glendale, AZ. His granddaughters who he adored, Nicole & Matt Blattner, Madison, WI.; Kristen & Oscar Guerin, Glendale, AZ.; Amy Kemnitzer & fiancée Aaron Mears, Glendale, AZ..; His great grandchildren, Madelyn Blattner & David John Guerin. Also survived by his brother Robert Russell, Towson, MD.; brother-in-law Jerry Moriarty, Binghamton, NY,; brother-in-law and his wife Frederick & Carol Moriarty, Hinsdale, NH. He is also survived by several nieces & nephews. After serving time in the US Army, Dad enjoyed a successful 38 year career with NYSEG. In addition he worked for over a decade part-time at the Conklin Pharmacy. Dad had a passion for knowledge through his love for reading, crossword puzzles, and watching Wheel of Fortune & Jeopardy every evening. Dad never met a person who he wouldn't have a friendly conversation with. Dad's favorite place to have dinner was the Little Venice restaurant where everyone always made him feel right at home. In lieu of flowers, expressions of sympathy in memory of John may be made to the UHS Foundation for the Cardiac Rehab Fund; 10-42 Mitchell Ave; Binghamton, NY 13903 Funeral Services will be held at the J.A. McCormack Sons Funeral Home on Friday May 27, 2022 at 9:30 a.m. Rev. Corey S. VanKuren will officiate. Burial will be in Calvary Cemetery, Johnson City.