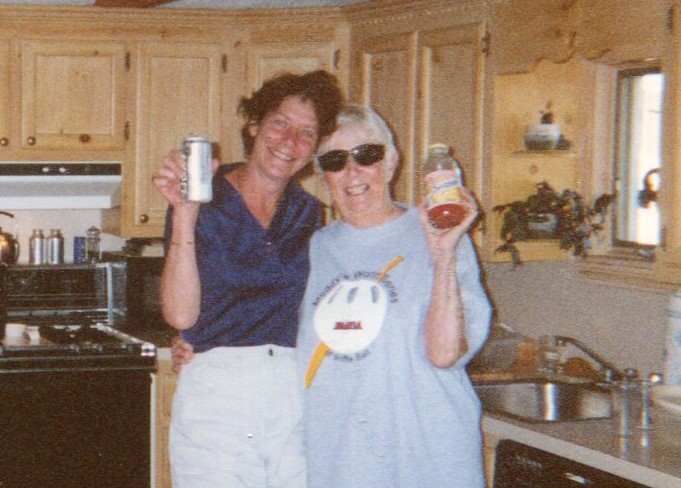 Please share a memory of Patrice to include in a keepsake book for family and friends.
View Tribute Book
Patrice L. Foley AKA Pat Rice, 63, of Port Dickinson, NY passed away at her cottage in the South of France, more commonly known as Windsor, NY on Sunday August 22nd. She was born in Boston, MA to Gerard and Elizabeth Langevin on July 17, 1958. She attended St, Mary's High School in Brookline, MA. Patrice graduated from Mass Bay Community College with an Associate's Degree in 1978. She started working at Peter's Fabrics in Dedham, MA where she met her future husband. She went on to work at Scudder Stevens & Clark before she moved to Binghamton, NY when she was married in 1981. After raising her family, she was employed at Broome Developmental where she loved both the job and the people she worked with. Patrice is survived by her Husband Peter Foley. Children Paul Foley, Gerard Foley, John Foley, Elizabeth Foley and her other children Tyler Maddox and Shanel Pierce. Grandchildren Mila Elizabeth Jones and Celestine Frazier – Foley. Her sisters Linda Fendt (Steve), Beth Kennedy, Janet Carey (George) and her twin brother Peter Langevin (Nancy). She is preceded in death by her Brother Paul Langevin and her mother and father, Betty and Gerry Langevin and her brother-in-law, whom she dearly loved, Billy Kennedy. We would like to thank all our friends and relatives who have helped to make this unhappy event as bearable as possible. Particularly our family at Abel's Pub. Services will be private. There will be a "Celebration of Life" at a future date.

Share Your Memory of
Patrice
Upload Your Memory View All Memories
Be the first to upload a memory!
Share A Memory
Plant a Tree