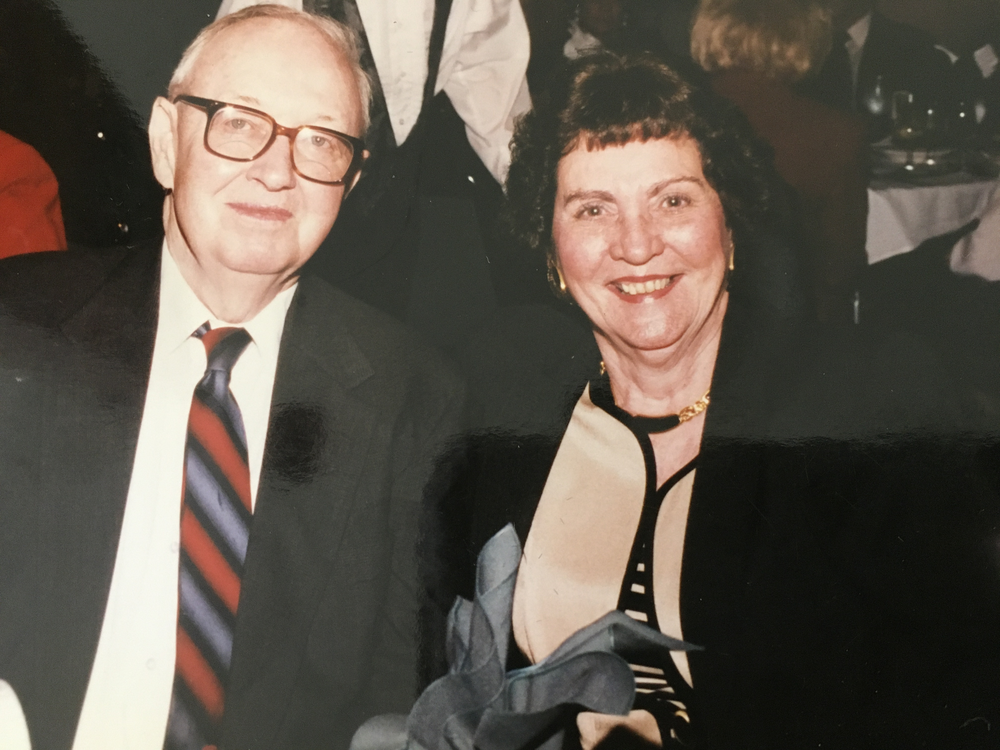 Obituary of Maureen A. Hanifin

Please share a memory of Maureen to include in a keepsake book for family and friends.
View Tribute Book
Maureen Hanifin, 97, passed away peacefully in the evening of August 19th, in Grapevine, TX. Until 10 years ago she had been a long time resident of Binghamton and member of St. Patrick's church. She moved to Grapevine TX 10 years ago to be closer to her family and to be cared for. Maureen was predeceased by her husband William Hanifin (2006), daughter Marcia Hanifin (1970) and son Michael Hanifin (1996). She is survived by her children: son William Hanifin, Colleyville TX, daughter and son in law, Colleen and Ray Matteson also of Colleyville, daughter in law, Robin Hanifin, San Diego CA. Grandchildren and great grandchildren: Sean Hanifin, Irving, TX; Ryan Hanifin (fiancé Katy), Charleston SC; Donny and Hannah Matteson, OKC and their children Bennett & Griffin; Brian Matteson, Chicago, IL; Laura Matteson, Colleyville TX; David Matteson, Dallas, TX; Elissa and Jaremy Salona and children Everett & Juniper, San Diego CA; Brett and Katie Hanifin and children Brynn & James, Alexandria VA. Maureen is also survived by her sister, Phyllis Lannon Canny, as well as numerous loving nieces and nephews. Maureen graduated from St. Patrick's Academy in 1941 and went on to nursing school at St. Josephs in Syracuse. She was a private duty nurse and after raising her children later worked at General Hospital and at the Broome County Health department. She was a dedicated nurse and always willing to lend a helping hand. She served on many committees at St. Patrick's throughout the years. Maureen was always ready to have a good time and made many new friends through her family in Texas. We are glad to have been on this part of the journey and she will be missed. A Funeral Mass will be offered at St. Patrick's Church, corner of Oak and Leroy Streets, Binghamton, Monday at 11 a.m. Burial will be in Calvary Cemetery, Johnson City. The family will receive friends at the J.A. McCormack Sons Funeral Home, 141 Main Street, Binghamton, Sunday from 2 to 5 p.m. The Mass will be livestreamed at tinyurl.com/12w5eun.
Sunday
29
August

Share Your Memory of
Maureen
Upload Your Memory View All Memories
Be the first to upload a memory!
Share A Memory
Send Flowers
Plant a Tree