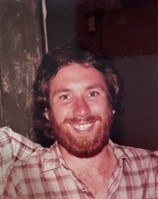 Richard P Cahill passed away on Friday July 22, 2022 at the age of 66. Rick was born in Binghamton NY and was a lifelong West Sider. He was predeceased by his parents William and May Cahill, his sister Deborah Williamson and nephew Ryan Williamson. He is survived by his brother William (Donna) Cahill, his nephews William Cahill (JoAnn Navarro), Robert Cahill and Daniel (Colleen) Cahill, also 3 great nieces, Alaina, Liliana and Gabriella Cahill and many cousins. Rick was a graduate of Binghamton HS and retired from the City of Binghamton after working for 40 years. He was a lifelong enthusiast of the Martial Arts having received his first Black Belt in the Japanese style of Kyokushinkai and went on to achieve a Black Belt in the Korean style of Tae Kwon Do. Rick was a free spirit who enjoyed life and had many friends. He will be sadly missed by his family and friends. Private Funeral Services will be held at the J.A. McCormack Sons Funeral Home, 141 Main Street, Binghamton. Rev. Msgr. John P. Putano will officiate. Burial will be in St. Patrick's Cemetery, Johnson City.